As Bitcoin price rises,  it comes out of the shadows with more people googling the digital currency, and from that rise in interest the price seems to rise again, and so on and so on in what has been coined the “Satoshi cycle.”

Chris Burniske, a Bitcoin expert who was previously a Blockchain analyst at ARK Invest, has noted a high correlation between Bitcoin price and Google search trends for the word “Bitcoin.” 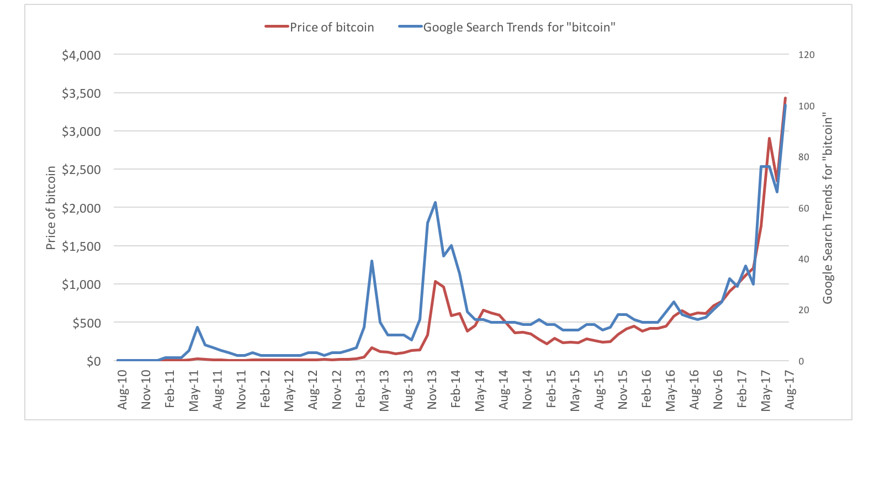 In a series of tweets, Burniske theorized that when Bitcoin price spikes, it also drives the interest of the digital currency up, and then that further interest perpetuates as it again drives the price up – something he joked was “a virtuous Satoshi cycle.”

Bitcoin hit a record high of $4,483.55 on Wednesday, and at the same time, the search for Bitcoin was also at its all time high.

In contrast, August has also seen a drop off of searches for the word “Ethereum” in terms of popularity in Google.

Bitcoin in blue, Ethereum in red

Could also be signs of small bubbles

While there are many, including traditional investors, who believe Bitcoin is on its way to a seemingly unlimited upside, Burniske disputes this saying that when Bitcoin has doubled its price in 30 days – six times previously, there has always been a drop off.

“The virtuous Satoshi cycle can overheat though, as Google search activity divorces from its tight tango with Bitcoin’s price,” he tweeted earlier this week. 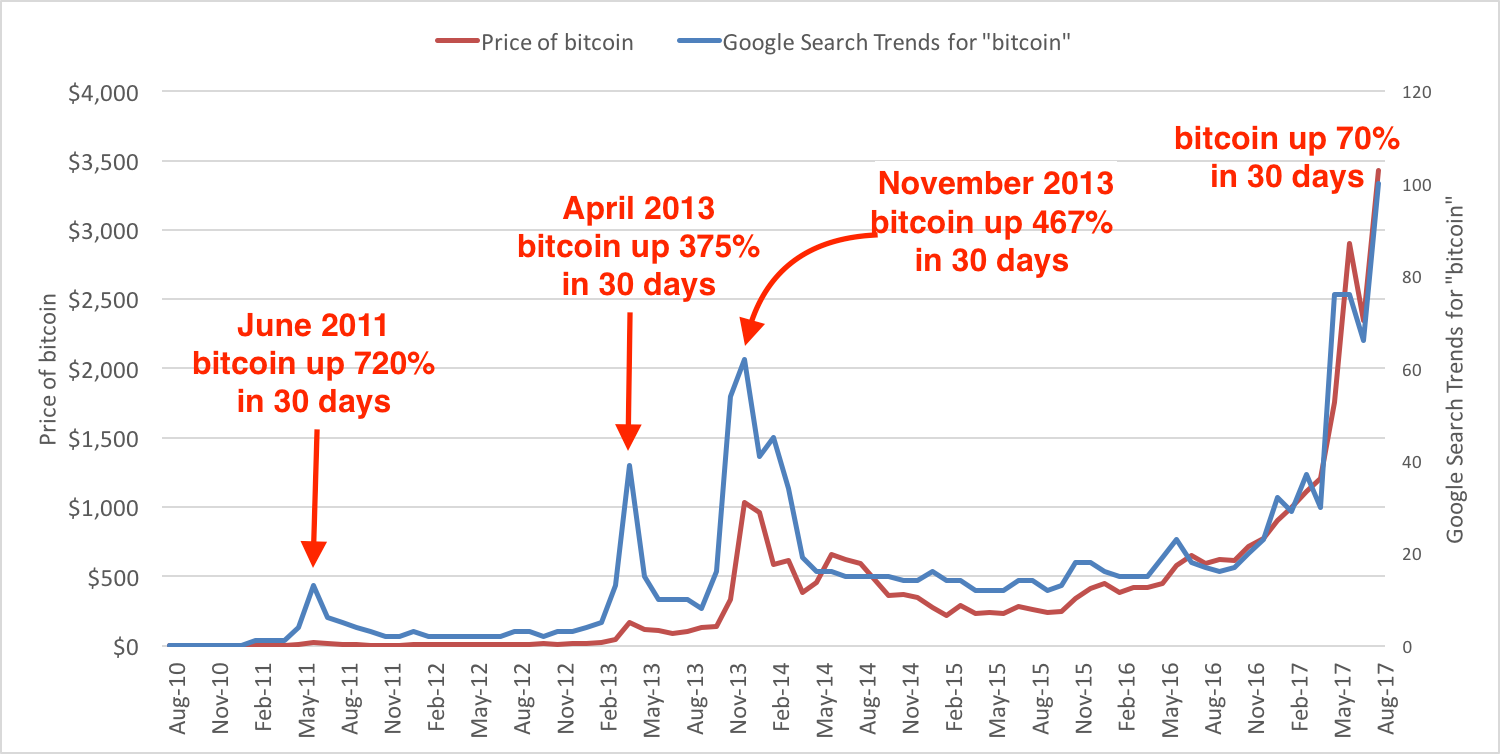 “After every bubble there’s a crash,” he tweeted, also noting that some of those crashes were as big as 90 percent, but at the same time those were very different Bitcoin markets.

“Thin liquidity, fragile exchanges, and a fraction of the users and investors,” added to big crashes, but the change in the Bitcoin ecosystem is something he suggested could limit downside in the event of another sharp downtrend.

What is A Paper Wallet And What is The Benefit Of Having One For...

How Much Computing Power Will Be Needed to Mine 1 Bitcoin Per Day?

Should You Invest in Riple (XRP)? Answer is NO!