Bitcoin has had a rough November, recording its steepest sell-off since April 2013, but many bitcoin faithful have not been deterred by the cryptocurrency sector’s steep decline.

Bitcoin price bull and renowned venture capital investor Tim Draper, who recently reaffirmed his prediction that the bitcoin price will reach a whopping $250,000 by 2022, has said he expects the entire global economy will eventually pivot to cryptocurrencies, with bitcoin leading the change.

Draper, speaking to Mike Green of Thiel Macro on behalf of investor platform Real Vision on the sidelines of World Crypto Con in Las Vegas earlier this month, predicted that cryptocurrency will eventually make up two-thirds of all the world’s currency value.

Draper argued that there is about $86 trillion in so-called political currency, which is tied to a country’s fortunes, in the world, while cryptocurrency currently makes up about $150 billion. This ratio will eventually switch, according to Draper, due to bitcoin and other cryptocurrencies being cheaper to operate and frictionless. 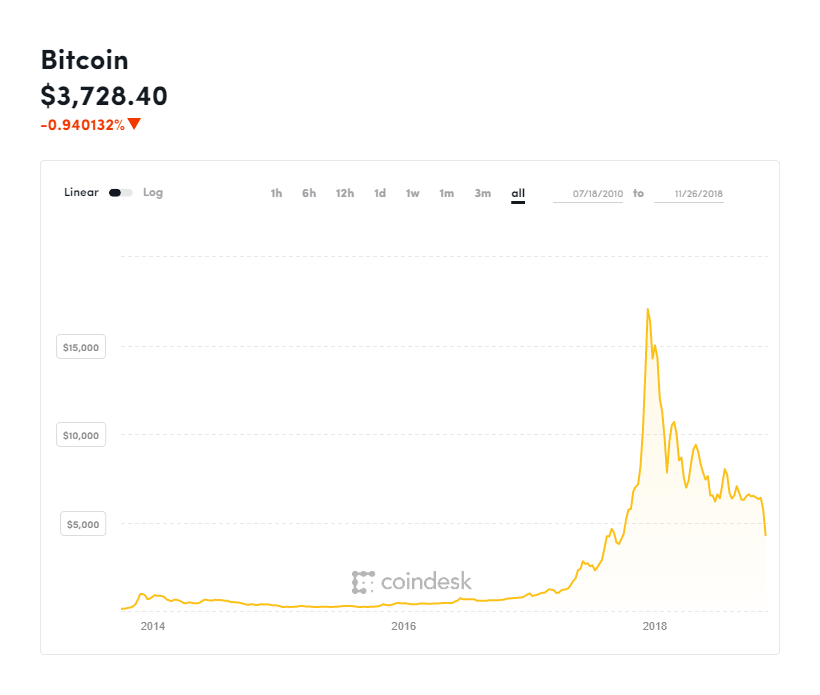 The bitcoin price has plummeted in the last few weeks, topping off a year that has seen the price steadily fall.COINDESK

“I tend to move my dollars into bitcoin, because I think, well, why would I want this currency that’s tied to some political force when I have a currency that is going to be frictionless and global? I would much rather have a global currency than one that is sort of tied to a political force,” Draper added.

“Bitcoin is entering the stage of its life cycle when stale and weak money capitulates and strong hands accumulate strategically,” said Peter Brandt, a prominent trader and technical analyst.

Others have warned that if the bitcoin price drops further, it could trigger panic on the cryptocurrency markets.

“There’s still a lot of people in this game,” Stephen Innes, head of trading for Asia Pacific at Oanda, told Bloomberg last week. “If we start to see a run down toward $3,000, this thing is going to be a monster. People will be running for the exits.” 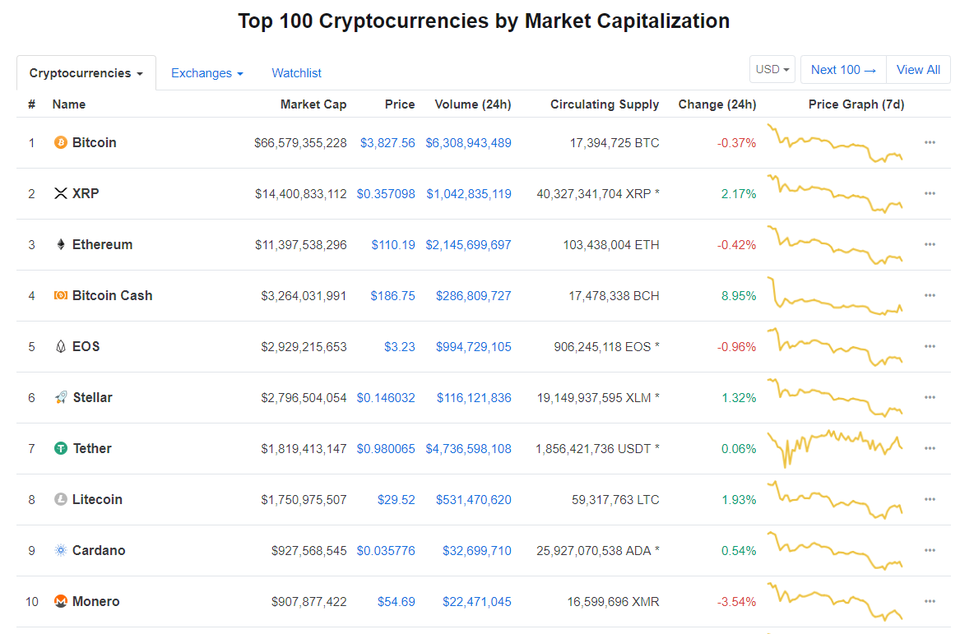 Most major cryptocurrencies have been sold off heavily over the last week, adding to this year’s losses.COINMARKETCAP

“Eventually, I want to be able to raise a fund that is all bitcoin, invest it all in bitcoin into a bunch of different companies, and have them pay their employees and suppliers all in bitcoin. And then no accounting fees, and it’s done automatically. And it’s all built into smart contracts so that if one of those companies gets sold, I push a button, it just shoots into all of their bitcoin wallets,” Draper said.

Crypto & BlockchainI write about how bitcoin, crypto, and fintech are changing the world.

Guide: How To Buy NEO (NEO) From Binance